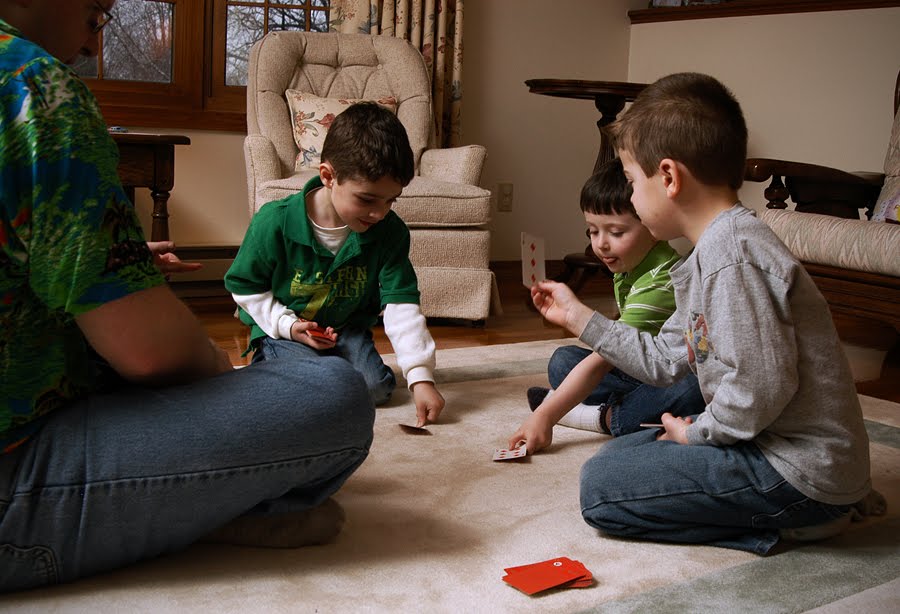 ... or "Card sharks-in-training?!?!" Their first lesson in playing cards, from their Uncle.

In this shot, I was trying out this lighting technique for generally lighting a room with a flash in which something I want to shoot is going to occur, but where I don't know exactly what (or where in the room) my subject(s) will be. The idea being that by firing the flash into the ceiling, the light bouncing off the ceiling will light up the room more evenly and naturally than if I had just aimed the flash directly at my subjects, which would have been tough to do considering I wasn't sure where they were going to be anyway... unless, of course, the flash was mounted on top of the camera, but that would be
moving backwards in my photographical education.

I like how the photo turned out to appear as if no (obvious) flash was used at all, but without the flash, the room itself was pretty dark which would mean either dark photos or blurry photos (from leaving the camera's shutter open long enough to make the room appear brighter).