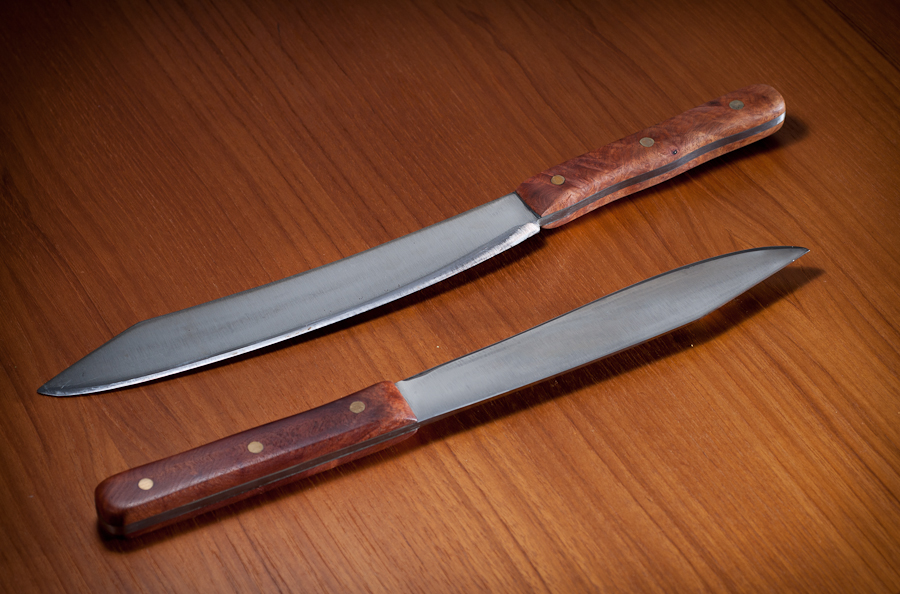 My friend Dave Knowlton has always been a dyed-in-the-wool, old-fashioned type of do-it-yourself-er. I'm not talking about the I-can-install-my-own-lightbulbs kind of guy, but more like a I-can-buy-a-1960-Austin-Healey-convertible-in-pieces-delivered-in-cardboard-boxes-and-make-me-a-fully-functional-vintage-automobile-all-by-my-lonesome type of guy!

So I was only mildly surprised when he told me he bought a forge and was learning blacksmithing... in his garage! These two knives were some of his early efforts and are amazing in and of themselves... and dangerously sharp! I have not fully witnessed what it takes to create something like these, but I know it takes both brute force and considerable control... kinda like lighting them for a photo.

I had an "ah-ha" moment after reading this description of how to light shiny surfaces by using light projected onto the ceiling in a place well behind the surface I want to light with it (to be able to light the rest of the object separately) and using the angle of the camera-to-shiny-object to pick up the reflection.

Once I got the mental geometry figured out, I couldn't believe how much control I had this way. I could actually light the broad faces of the blades with one flash (off the ceiling in the back of the room) completely separately from the rest of the knives. Don't believe it? (I wouldn't blame you, neither did I) 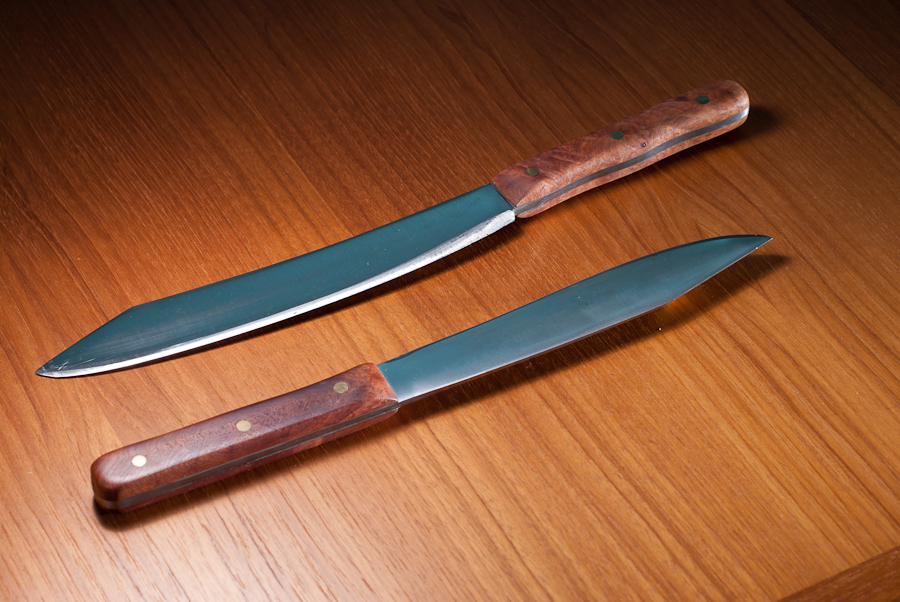 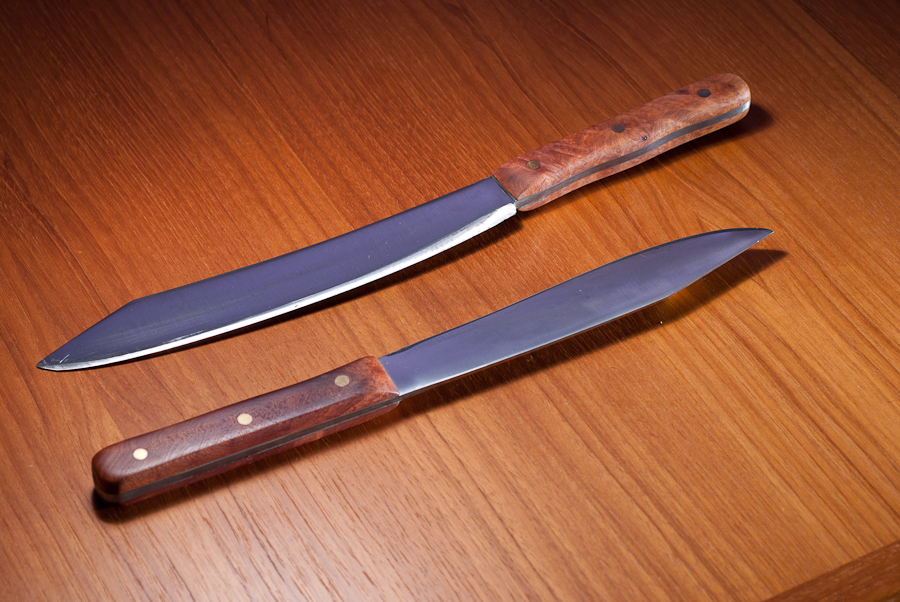 Granted "steel green" and "pale lavender" don't do anything for the knives or even make a pretty picture, but the learning experience was terrific (except for the band-aid I needed afterward)!