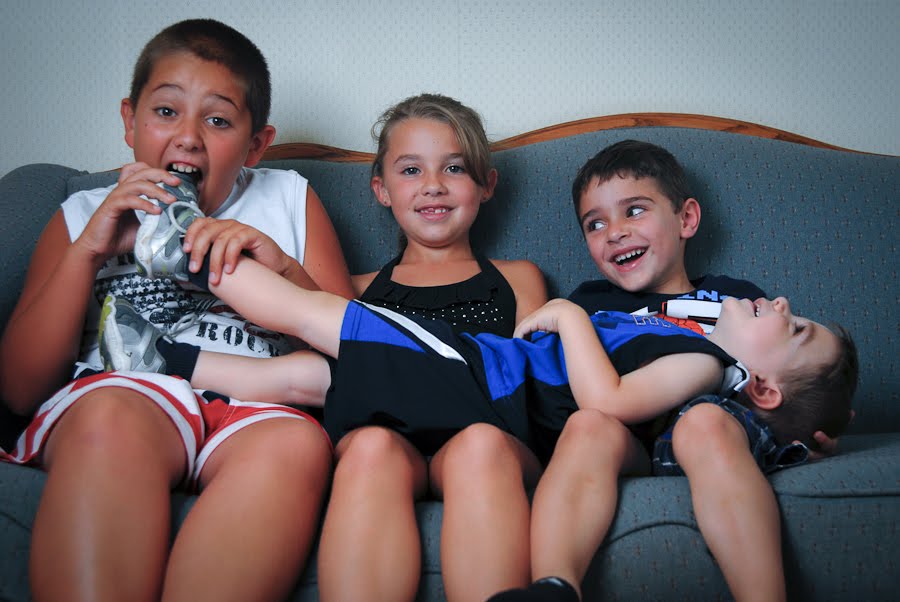 I really shouldn't be surprised that in this day and age, someone actually owns the (possibly illegitimate) website Bite My Shoes.com, but I must confess, I am. I guess this bunch will have to keep the idea train rolling a little longer!

Technically, this is a very simple, safe, and straight-forward photo. I am a big believer that, as a photographer, sometimes it is just as impactful to capture a spontaneous moment and let that aspect speak for itself as it is to be overwhelmed by any heroic efforts on the photographic side of things. A photographer's instincts, ideas, lessons-learned, and experiences-gained come into play in a subconscious manner and are transferred to the viewer in the feelings they elicit from you when you see a photo. Named "the most recognizable photo" in the history of the magazine, the so-called "Afghan girl" (shot by Steve McCurry) appears to some as a technically simple, casual shot of a young girl, but I'm fairly certain they don't just stick any of those on the cover of National Geographic!

This one is just kids having some spontaneous clean fun and some (long-distance) developing friendships in the making. It was entirely their idea and reactions to it - I was just there pinching the tweezers on that little sliver of life.