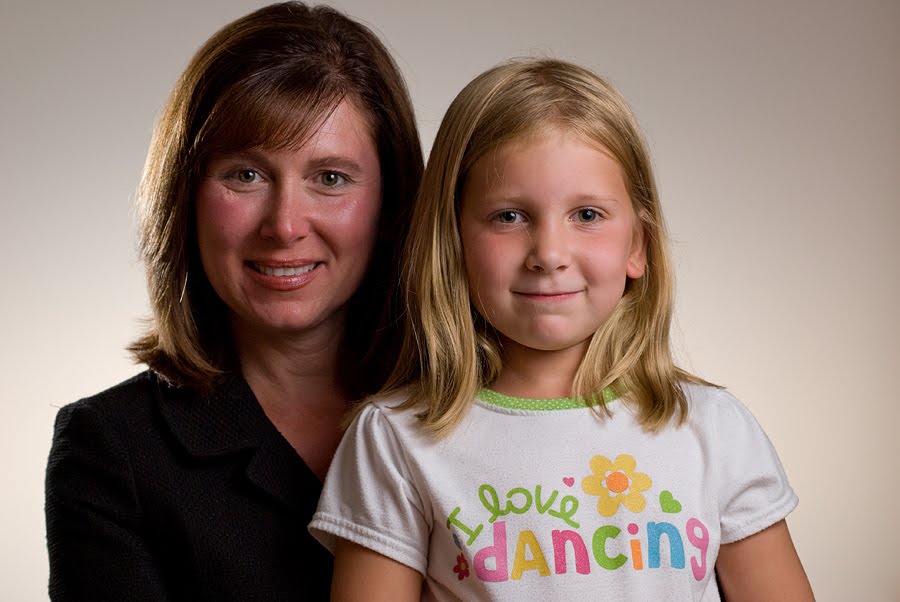 
That is a quote from up-and-coming professional photographer (and instructor extraordinaire) Zack Arias in this very funny promotional video he made for a photography/lighting course he recently taught. (You may not get the inside jokes about certain other modern-day photographers, but it is funny all the same, especially the outtakes at the end).


A few months ago, I wouldn't have believed anyone if they told me this shot was taken in a living room, but a little equipment and a little (more) knowledge later, {CLAP} - You got a studio! If nothing else, this shot proved that to me. I was doing a favor for a neighborhood friend of the family and grabbed this shot of her and her daughter.


The background was created shooting a flash at the back wall from just behind them, with diffused white light and oriented so that the background is mostly white with just a little density creeping in at the top of the frame. They were lit with my typical flash-shot-through-a-white-umbrella setup from camera right. I also tried using another (loaner, thanks Corwyn) flash as a rim/hair light coming from the back, camera left side to add a splash of light on the shadow side of her (Mom's) hair.


If I were to change anything, I would further dial-down the rim light on her hair, as it is a little brighter than I thought it looked in the camera's TFT screen. But as David Hobby says, "I think of rims as being a little like pizza: When they are good, they're good. But when they are bad -- well, they're still pretty good."


Opinions of this look?