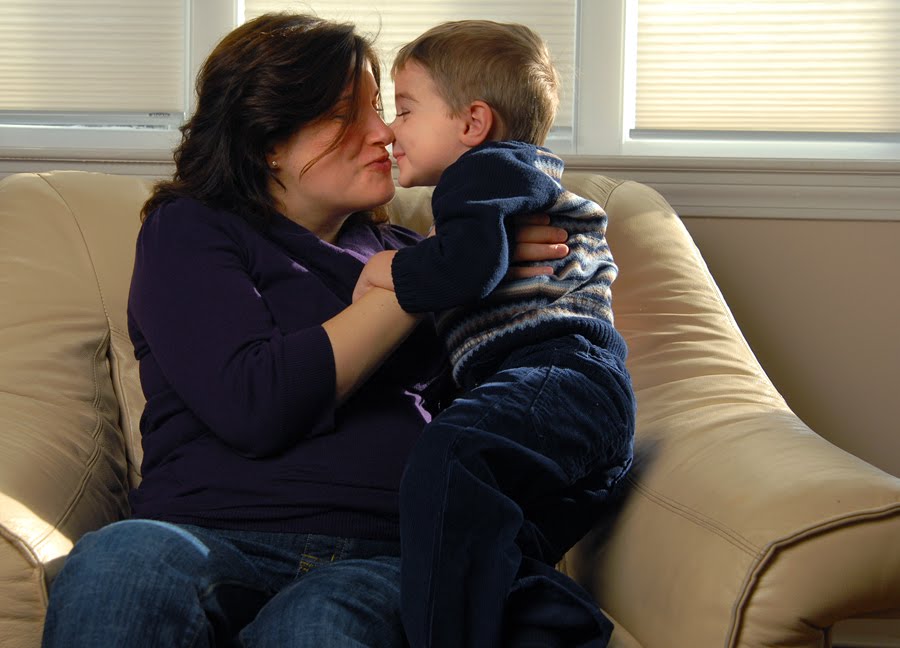 One of the most important lessons I've learned from Strobist and Joe McNally is that while I can control the amount of ambient exposure (basically anything lit by a light which is not a flash), the hard part is deciding when the ambient light "works," in which case I can build on it with flash(es) and when it doesn't work, in which case I can "kill it" (practically "turn it off" with the right choice of camera settings) and light the scene entirely with flash(es). Even after that decision, it is that balance of just how much ambient mixing with how much flash that really makes (occasionally) or breaks (most of the time) a photo.

Sometimes, the ambient is pretty nice all by itself (as the sunlight is in this case), where it is both softly filtering in through the closed window blinds and pouring in through the un-blinded window pane (out of frame to camera right) highlighting their hair. Here I just wanted a little "kiss" of light from the flash to pop them out a little and control the contrast of the scene.

I was going for subtle use of the flash.... did it work? Does it look like any flash was used at all?