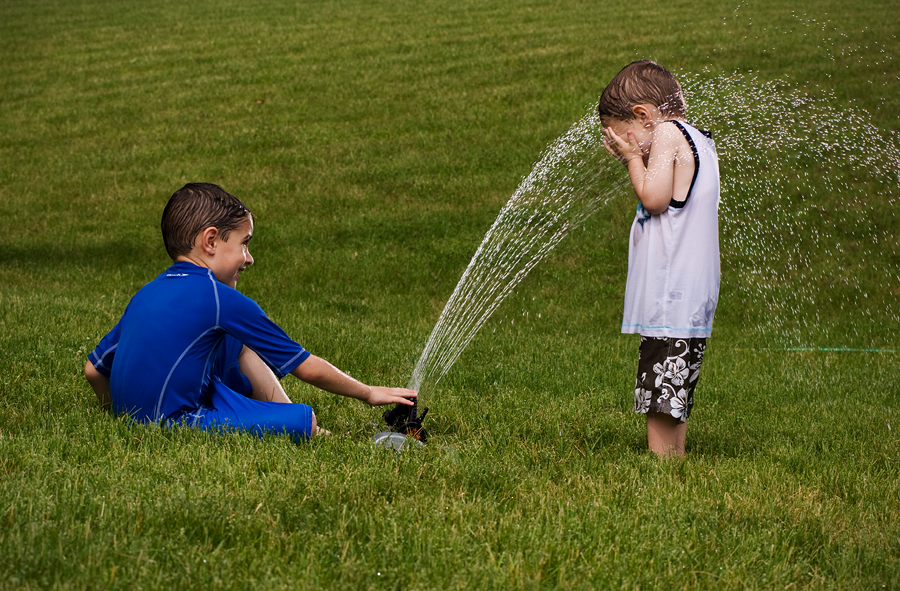 As a big brother myself, I can completely picture how this scene played out to this point, even without having seen it happen in front of my eyes. You younger siblings are going to have to explain to me how you seem to put yourselves in this type of situation time and time again!

This is mostly lit just from natural light of the sun, but there is a flash back behind them to camera right doing two things: 1) it makes a rim of light around the camera right edges of their faces and arms to separate them from the lawn in the background and 2) it backlights the sprinkler water, which really makes it sparkle. You can see the difference of with and without flash in the water just in front of his hands-covered face, where his face is blocking the light from hitting the water, making it hardly visible to the camera.