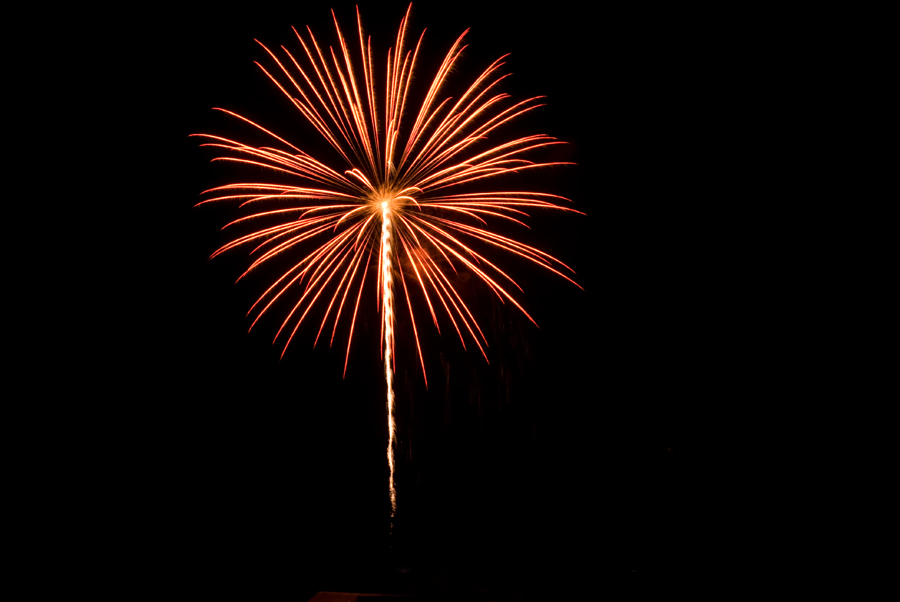 When I started to learn more about shooting pictures with flash(es), I never thought it would change the way I think about photography as much as it has. And as everyone seemingly even remotely interested in being a shutterbug does, I also decided to try my hand a photographing fireworks this 4th of July. After reading a few tutorials (the best one being by Joe McNally) it dawned on me - fireworks are basically treated the same way a flash is treated when it comes to the camera settings & technique.

Since they happen so fast (both flashes and fireworks), the exposure is determined by the camera's aperture setting. If the background is basically a completely black night sky, it doesn't really matter how long the shutter stays open exposure-wise. The shutter just determines how many fireworks show up in the same frame. If there is a lit-up object in the frame as well as the fireworks (or flash-lit subject), that object basically determines the exposure (shutter speed) at the aperture that the fireworks/flash are hitting.

Without a cable release (remote control thingy used so you don't have to touch the camera and risk wiggling it during the long exposure), I tried another technique: Using the self-timer and a really long exposure (15-30 seconds) then covering up the lens intermittently with a black card to exclude the fireworks I didn't want in my frame. I need more practice but it seemed to work better than I thought it would.

The best part about shooting these was getting to hang out with like-minded camera junkies who also lug too much gear around. Thanks Corwyn! (He got some great ones).

I left a few shots below because I'm curious: which one is your favorite, and why? 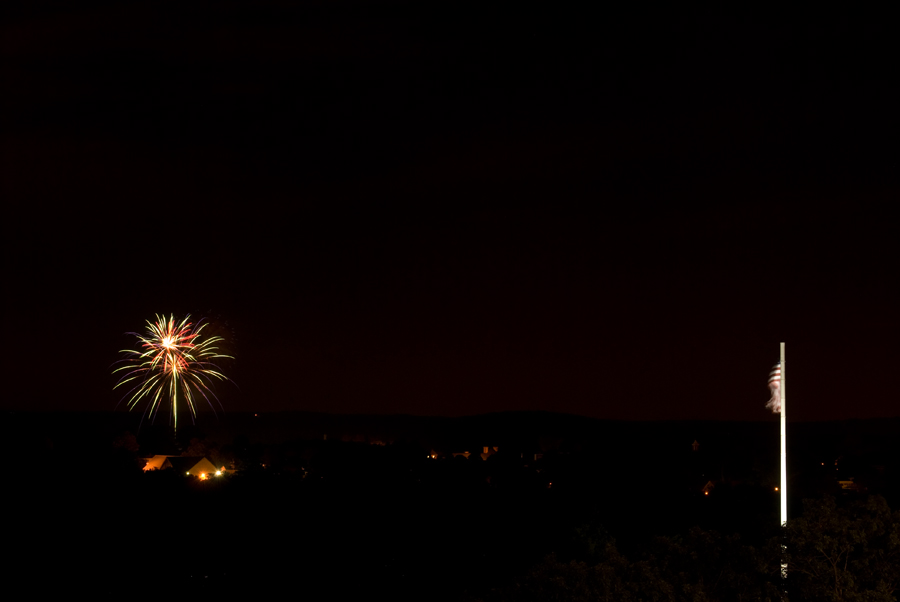 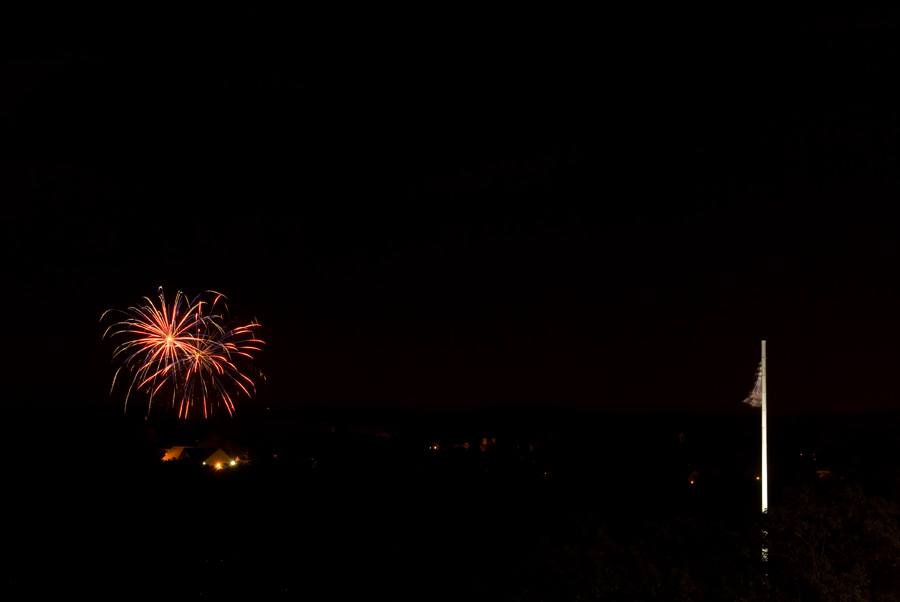 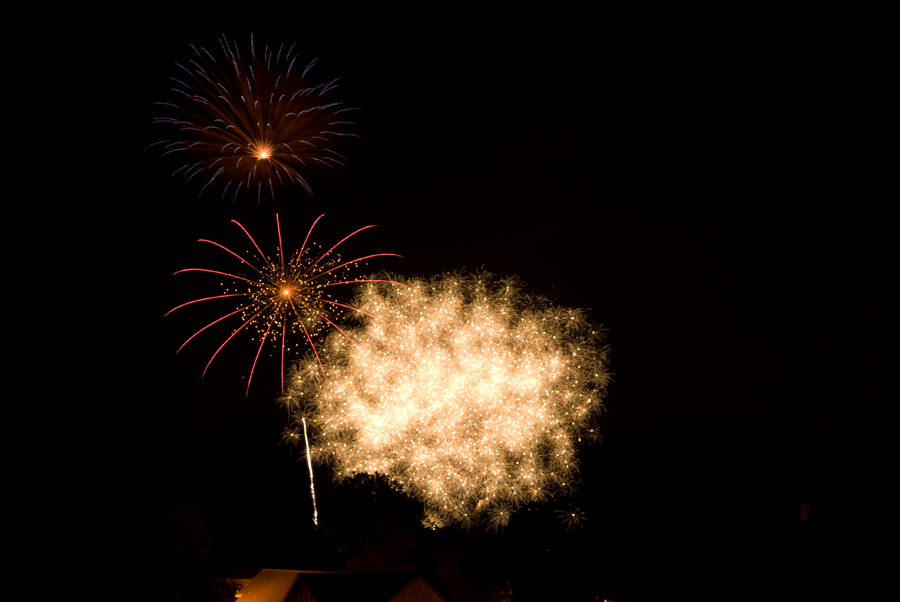 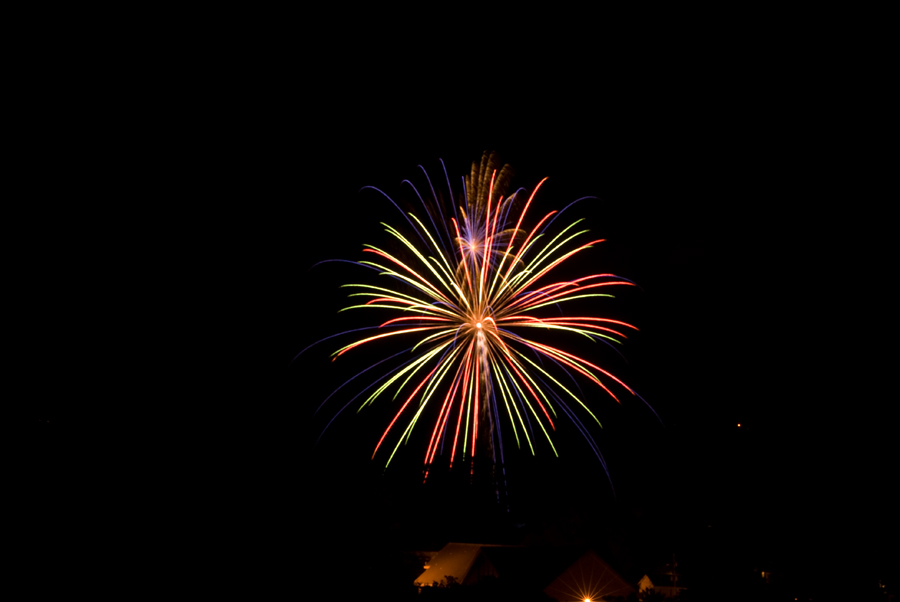 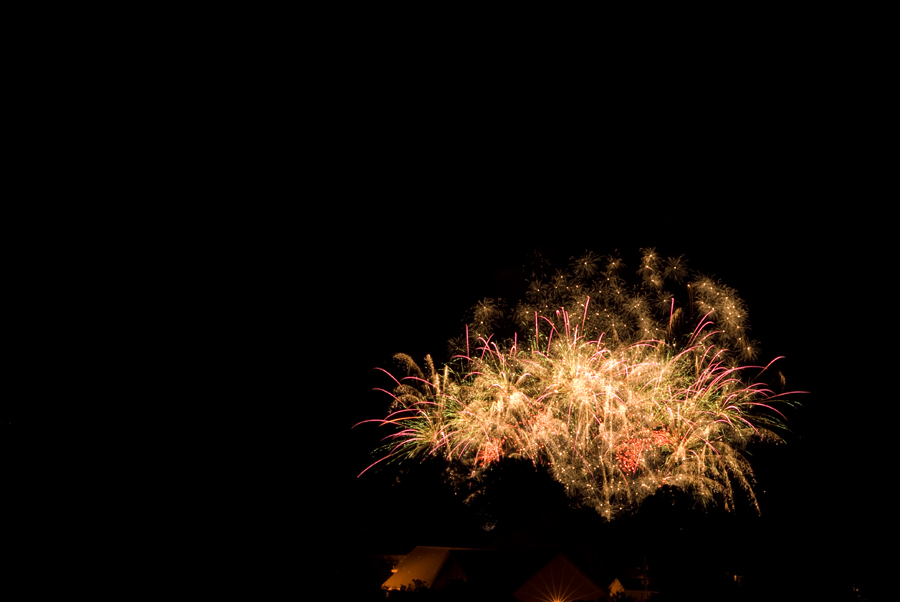