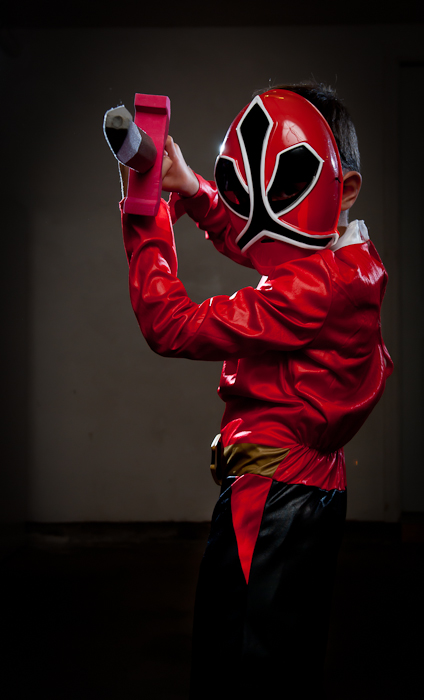 Next up in the Halloween series I did battle with this Red Power Ranger. And by did battle, I mean there was some back and forth about where he was supposed to stand, or at least end up when I clicked the button. We had a lot of laughs but I think he won that fight.

I like how the back lights separate the sword and the back of his head from the dark background and I love the little flare off his mask just above his right eye, but he was a little too far back from the camera (or the little monster is growing way too fast!), so the rim lights don't make it all the way down to his dark pants, which get lost in the background a bit. You can also see the reflection of the umbrella I shot the front flash through in his mask, but there was no time to rig up a less distracting diffusion for the light (like a plain big white bedsheet) to fire the flash through.

I had all I could do to just avoid getting skewered in the cornea nevermind anything else!