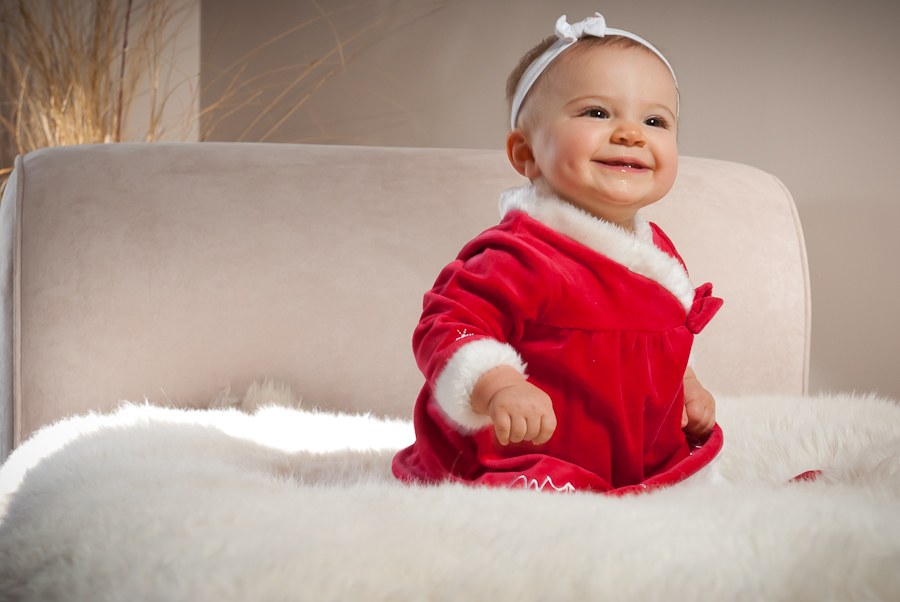 This year my sister and her husband asked me to shoot the Christmas card photos of my niece. I was psyched that they trusted me to try to get something good for such an important photo, or at least something better than the mall photographer might get!

I know nobody shares my excitement about how much fun photography is once I began to learn how to get what I want... I feel like a kid at Christmas time making his list!

Before I arrived at their house we discussed the "look" we wanted. I was like my kids filling out their lists for Santa: I want a light, airy feel to this shot with light pouring in through a window. I want a lot of light tones to make her skin and, hopefully bright red outfit (her mother obviously did not disappoint), pop off the frame.

After moving the fluffy white rug onto the couch, I decided to use the light pouring through the window as a back light (instead of the main light) so I could keep their furniture relatively undisturbed and I really liked the way it backlit the dried grass thing-a-majig in the corner. After seeing it in a few frames, I also liked how the grass kind of mirrored her skin coloring in a photo with predominately blander (is that a word?) colors. 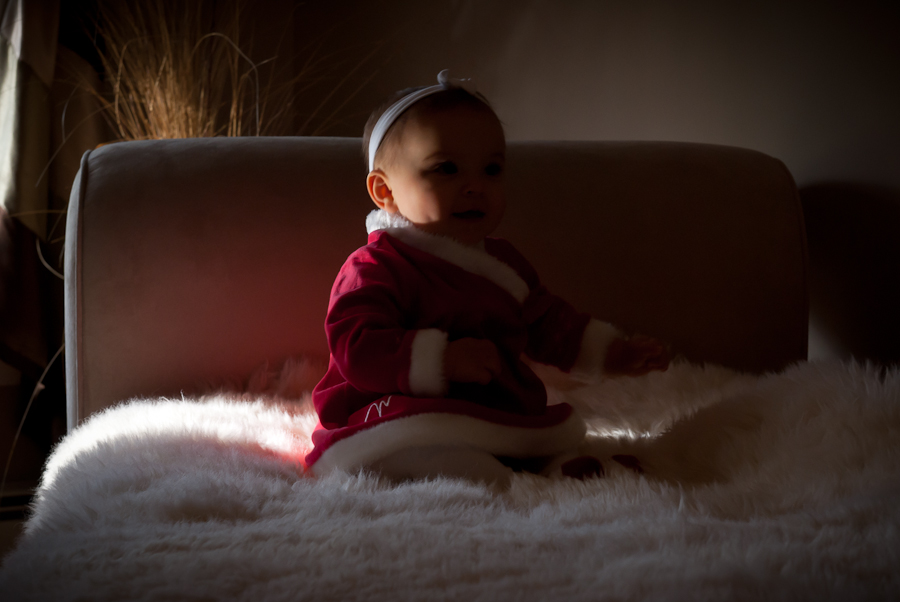 Take a look at this shot, which is the same exposure all around except that the flash is turned off, so only the sunlight coming through the window is lighting her. I used this ambient-only picture to dial in the exact light level of the non-flash-lit part of the photo, especially that little highlight I placed on her cheek by turning her slightly to camera right (and towards the flash so that cheek would be in shadow if not for the window rim light). Now look back at the top photo again. See that highlight in there now? It is subtle and you may not have even noticed it before, but it really makes the photo look more 3D and brings it all together in my opinion...

... and the humongous, adorable smile helps too! 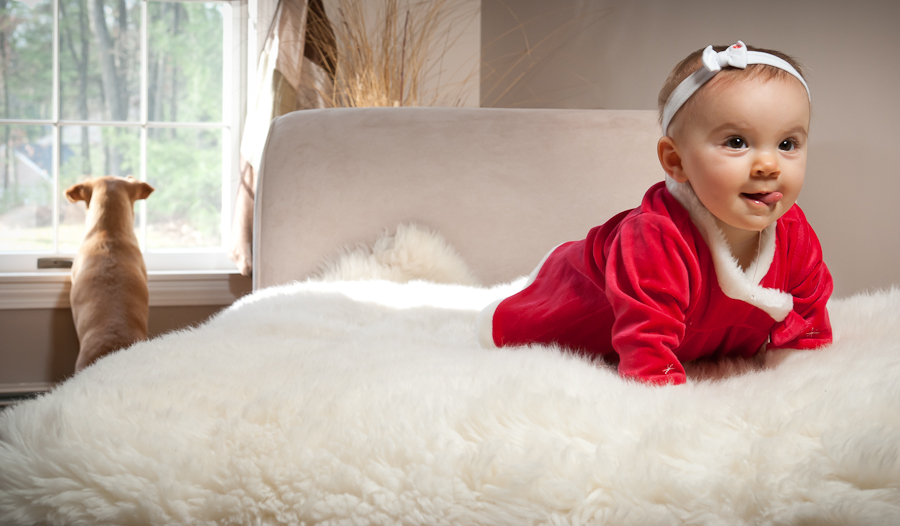 This last one was a candid moment that just happened naturally, but in the zone with the lighting all set up. I slid over to include Zoe looking out the window and got one quick shot off before the scene was gone. I love the parallels between the two of them!