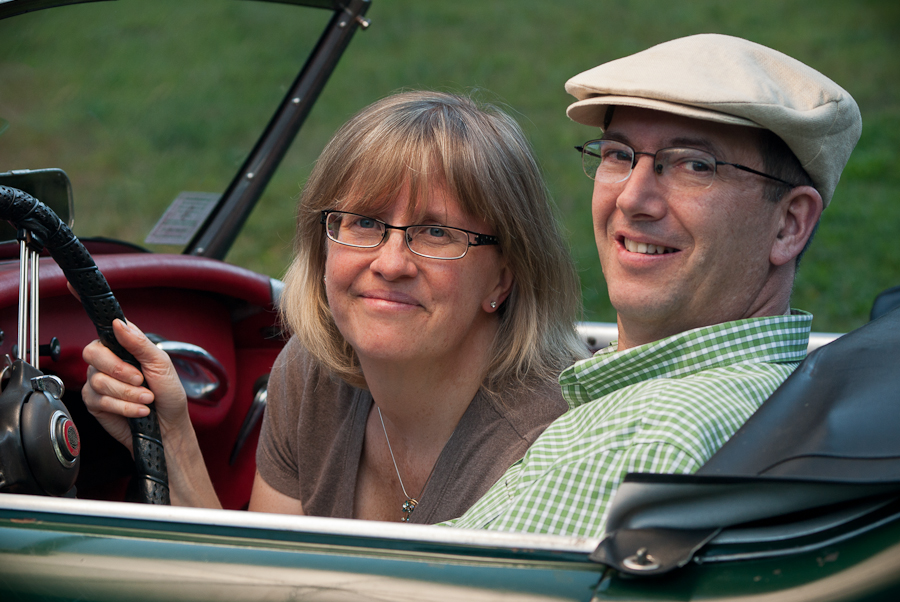 In return for their annual donation to my charity-of-choice, Dave and Rachel asked for their to-be Christmas card photo to be taken in the 1960 Austin-Healey which Dave restored to proper car form from what could only be described previously as "boxed car parts" form.

Despite it's apparent simplicity, this was one of the most technically challenging shots I've attempted. Being a fellow photographer & science nerd, Dave could not only appreciate the complexity, but helped solve some of the problems.

For my own entertainment and record of learning, as this site is designed to be about, here are the technical challenges I could foresee (and some I didn't) and how I went about trying to solve them (even occasionally successfully). Fair Warning: if you are easily bored by technical ramblings, proceed directly to the comments section and feel free to offer your opinion of the photo on its own merit.

Reflections. A shiny, dark-colored car with a big windshield in which are seated 2 people wearing glasses - if you can get any more reflective things into a photo (logically) than that, I'd love to see it! Not only do curved, reflective surfaces show the camera all kinds of distracting stuff (trees, clouds, power lines, the photographer, etc.) but any light source you can see reflected in the surface is very bright (technically, often as bright as the direct source itself)!

My Strobist-inspired strategy was to divide the big "problem" into many distinct smaller (solvable?) problems and tackle them one-at-a-time.

Shiny metal car. This was easiest to solve: like Nike says, Just (Don't) Do It. Since this was largely a photo of Dave & Rachel and not the car, I kept as much as possible out of the frame. Just kept a few hints that it is not a typical car which also minimized the reflective surfaces.

The windshield. Depending on the angle I was shooting at, I was getting huge red reflections of the dashboard, steering wheel, etc. in the inside of the windshield. For these I (was reminded by Dave and) busted out my hardly-ever-used circular polarizing filter (for the camera lens). Spin that sucker around and the mostly-polarized reflections in the window magically disappeared. The only downside is it killed over a stop of light, but that shouldn't be a problem (so I thought!) as I'm planning to "light" them anyway. More on that in a bit.

The glasses. Normally, glasses are easy to solve if you just light the person from the opposite side in which they are facing. The reflection (of the flash in their glasses) still happens, just not into the camera. In this case, that wouldn't work since they'd be facing forward, the flash would have to be to camera right, aiming right back into the windshield (which would reflect it into the camera). After several unsuccessful attempts, I finally realized I could "fly" a nice big flattering light (in an umbrella) above their heads and above the windshield to light them. It wouldn't be visible in the windshield and the reflection in their glasses would be down below the camera.

The shakes. Once I got the ratio of flash exposure to ambient the way I wanted it, I realized my shutter speed was at 1/30th of a second with a long zoom (remember that circular polarizing filter killing some light?!?!). Photography seat-of-the-pants guides say it will be hard to hold still at anything below 1/90th (when zoomed to 90mm). My brain wasn't operating fast enough to solve the problem at the time (besides: underexpose the ambient a bit more than I wanted, hold still, & fire off a lot of frames), but in retrospect I should have:

This would have kept the depth-of-field the same, kept the overall exposure (ambient and flash) the same, but gained me shutter speed so camera shake and/or subject movement was minimized... at the cost of a little extra noise from the higher ISO. Another nugget for next time. 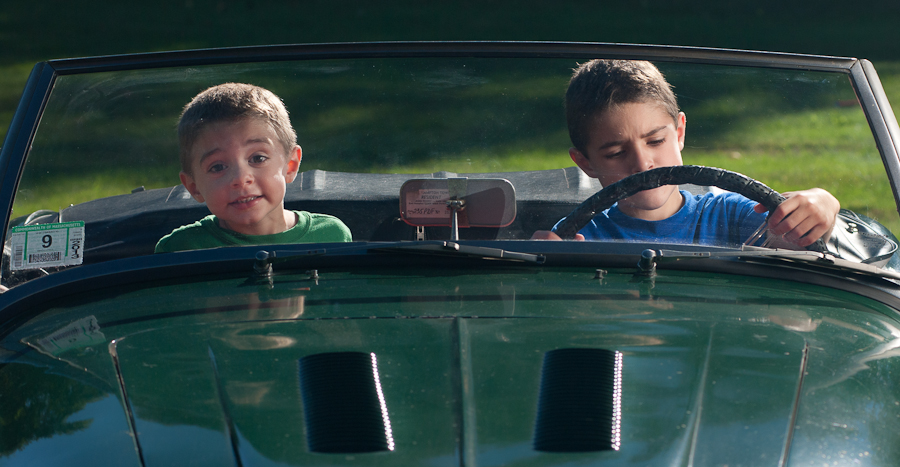 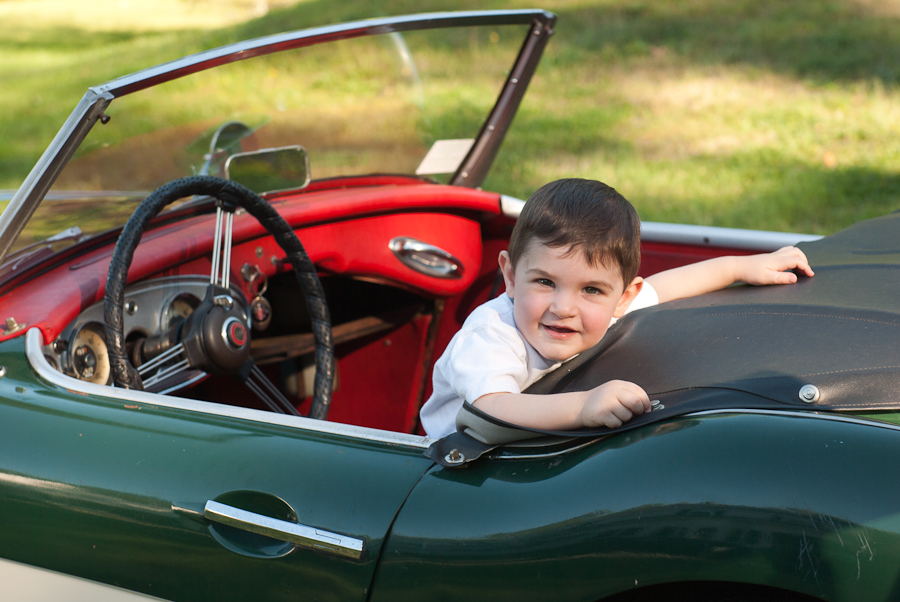