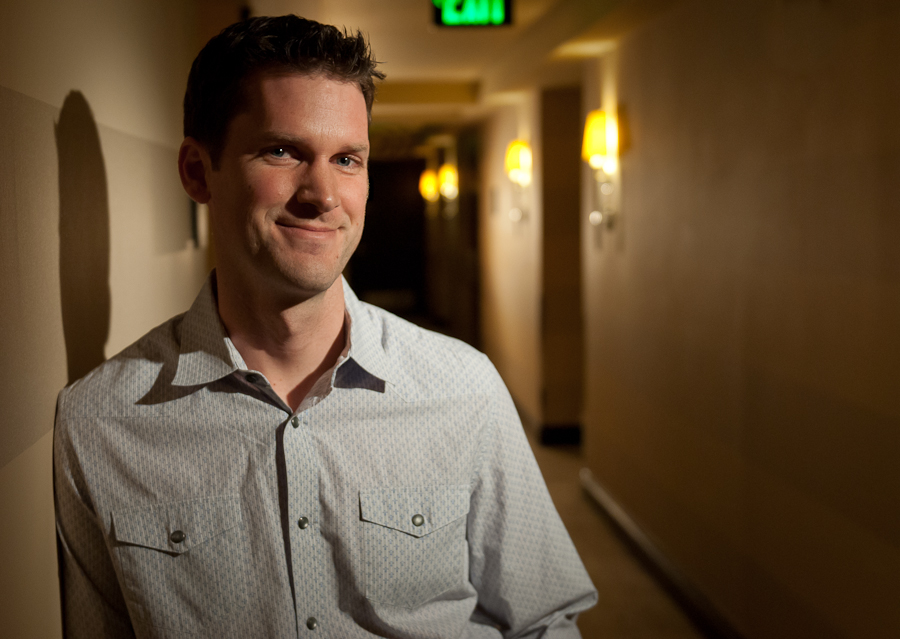 My buddy (and Slice of Lime CEO) Kevin was in town recently and, for some unknown reason, wanted me to photograph him for what could be (provided I didn’t screw it up) the main art on a future version of his personal website. This was fun for me, as he is an amazing designer and had fairly specific needs for what he had in mind for the photo. He wanted a horizontal portrait of himself, with space on the right hand side for his design stuffs that I know nothing about, and the background to be de-emphasized visually. And so, this was “shot to spec” with a head-and-shoulders-Kevin on the left, looking Kevinly (I just made that up but am totally trademarking that!).

We shot in this cool hallway of the ultra-modern Nine Zero hotel he was staying at. I emphasized the depth of the hallway with a little backlight then just key-lit his face from camera right.

In such a dark (for the shadow side of his face) environment, something needed to be done to control how dark the shadows on his face became. I alternated between 2 ideas for this fill light to a) see which I preferred and b) learn more about the pros and cons of each: wall-bounce and on-axis fill.

Wall-bounce fill (top photo), as in, using the wall to camera left to bounce the main (key) light back into the shadow side of his face was easy and somewhat controllable. Move him away from the wall for darker, closer to the wall for brighter. But the control basically ends there. 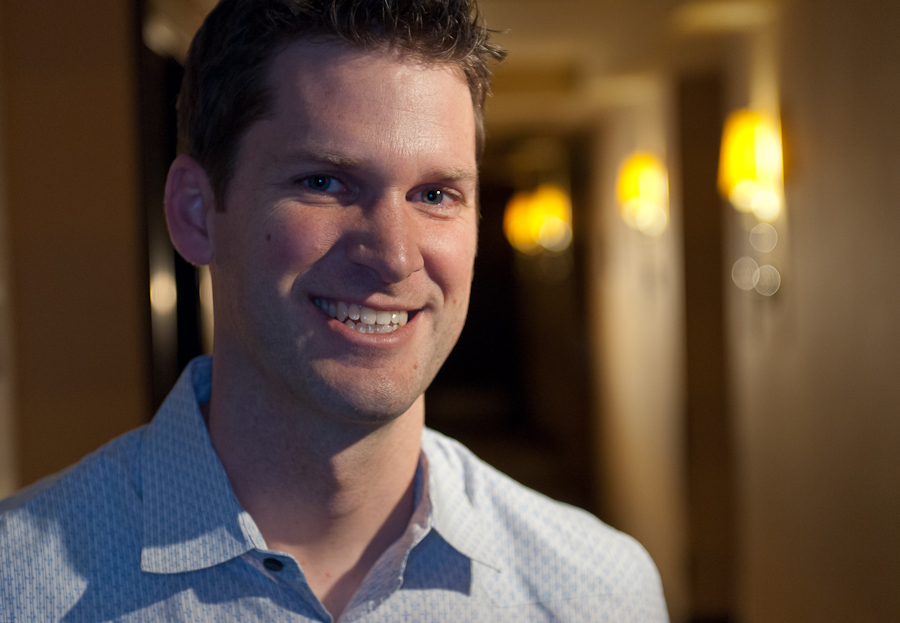 On-axis fill (bottom photo) - as in the light is coming from the direction of the camera, towards the subject - is something I consider more and more to be important to making photos look the way I like them. Not only does it avoid creating another shadow (it's shadow falls behind the subject), but allows for lots of control. I can alter the amount of detail you see in the shadows almost infinitely and I can also change the color of the light in the shadows, creating a little subtle color-contrast (here slightly, complimentary blue).

Two different feels from the same environment. I like having that kind of control and options!

So Kev, thanks for the fun opportunity and hopefully knowing that all of this is what was occupying my brain while we were shooting explains (partially) why nothing that came out of my mouth made any sense at all.