This is one of my all-time favorite photos (shot way back in 2014 - playing catch-up on the old blog), which I had printed 24" x 36" on gorgeous Fuji Deep Matte paper from , now Printique. It is a favorite not just because of how it captures my kids' personalities, but also because it was a great example for me to understand the difference between "taking" a photo, and "making" a photo.

Say what? Photo evolution after the jump...

By "making" the photo, I mean literally using photography to create something which wasn't there. Here is what I mean: 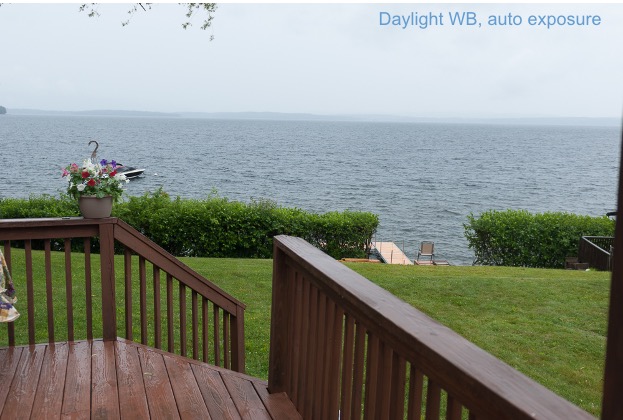 Reality: this is how the scene actually looked - a bland, overcast day. Captured by shooting on "Daylight" white balance with "auto" exposure (1/60th, f/2.8, ISO100). 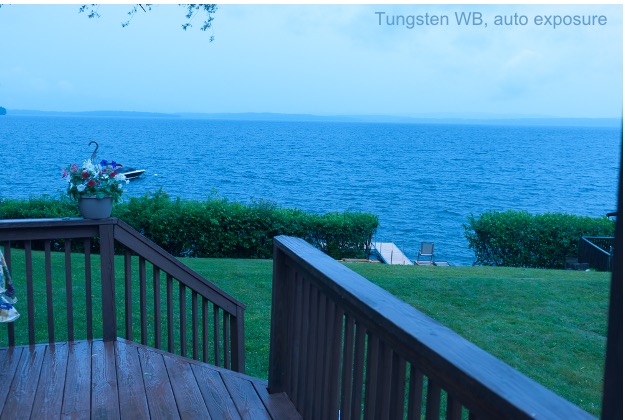 WB shift: By shifting to "Tungsten" white balance, the camera converts old school yellow lightbulb-colored light to white, but daylight is shifted to a cool blue. 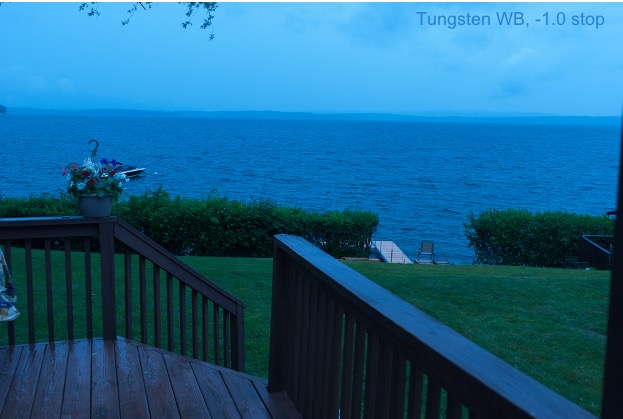 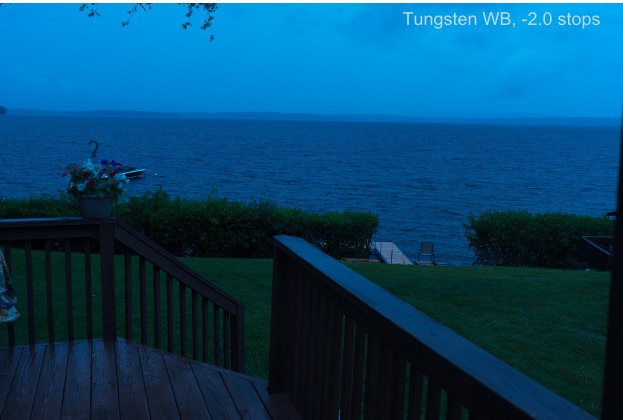 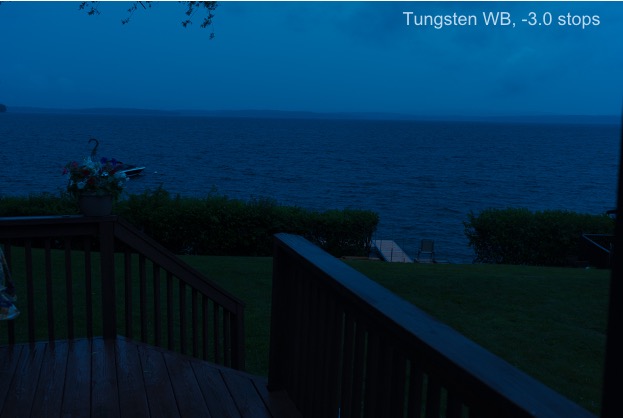 With this "canvas" ready, I stuck an small white shoot-through umbrella on a stand, added a flash with lots of CTO (orange-colored) gels on it - to both compensate for the camera's white balance shift to blue-ness and add a little color to their skin tone to avoid that ugly "white" flash color. Added the subjects and then just got lucky with their expressions.

That last bit is an important lesson to me as well. Setting up an "environment" like this to get a photo I like doesn't always lead to one, but NOT setting it up almost guaranties I won't get something special. Or as The Great One likes to say: