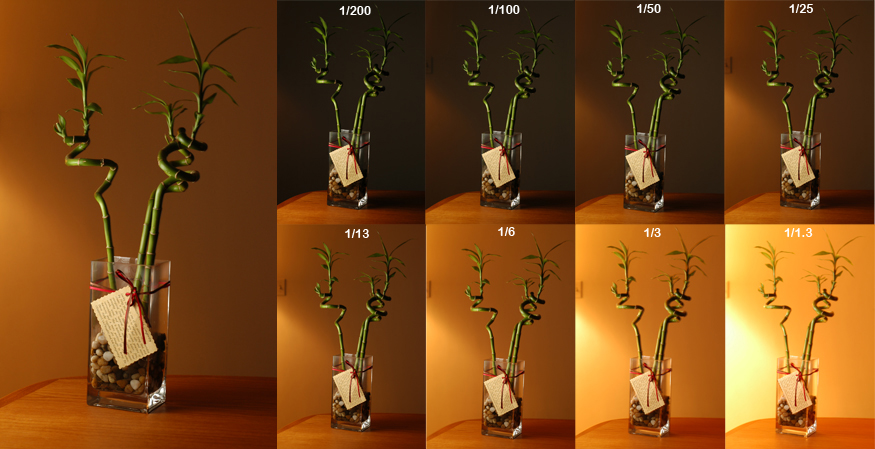 This series of shots was my quick run-through of a Strobist exercise on "creative exposure."

My opinion: this concept is simple but is SO cool!

I set up my flash in a shoot-through umbrella off to camera-left of this cool plant from my sister's wedding reception and a regular floor lamp in the back left corner of the room. I set the flash power manually and fine-tuned the exposure on the plant with the camera's aperture control. The cool part is that all the different photographs were taken with exactly the same lighting and the exposure of the plant doesn't change from shot to shot. The only thing that changes is the look and feel of the background which was accomplished with just the flick of one dial (the shutter speed).

The brightest ones came from leaving the shutter open for a relatively long time to let a lot of the light from the lamp hitting the wall in the background to reach the camera, which is why they are a little blurry (I was holding the camera). If I owned/used a tripod, they would be nice and sharp as well, just bright(er).

Since the exposure of the plant is correct (or at least basically the same) in all of the shots, it is really not a matter of which one is "correct" but a question of which look/feel I am going for creatively. I picked the one shot at 1/13th of a second (enlarged photo) because I like the balance of colors between the table, the background wall, and the stones in the bottom of the vase. Which one is your favorite?