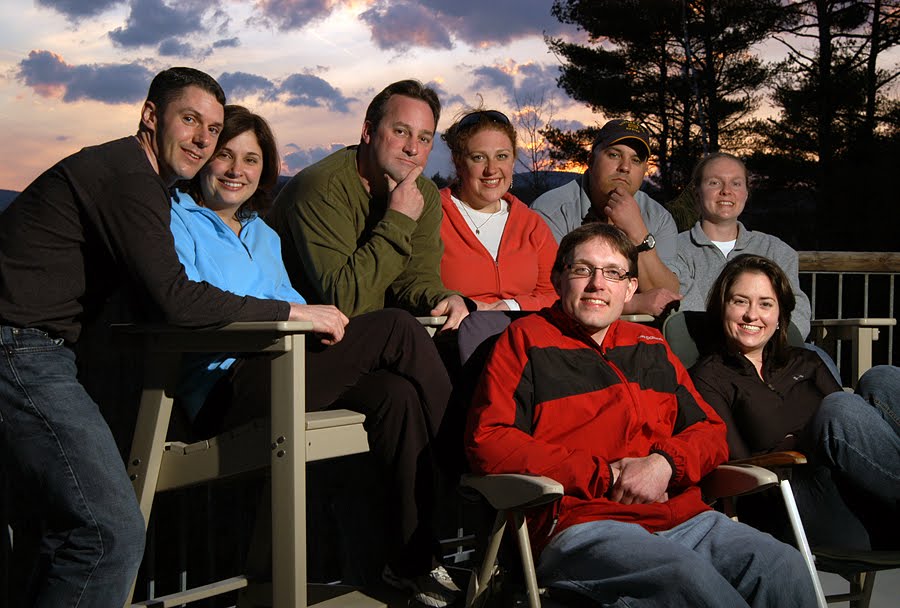 This shot was taken on a spring ski trip to Mount Sunapee in NH which I used as an opportunity to try a technique for balancing light from a flash with twilight at sunset. It is so cool that by using the flash to light the people in the foreground, I could completely isolate them from the dramatic sky in the background and control the exposure of each independently.

It is such a simple process once I learned how to do it, but the difference in the outcome of the photographs, and the consistency of getting what I want, is unbelievable to me.

I struggled a little to get everyone lit up somewhat evenly and in retrospect I should have tried zooming the flash in a little bit while still aiming it just over the people in the back row, which would have put the people sitting in the right front more in the falloff from the flash and not be quite so bright. Oh well, next time...