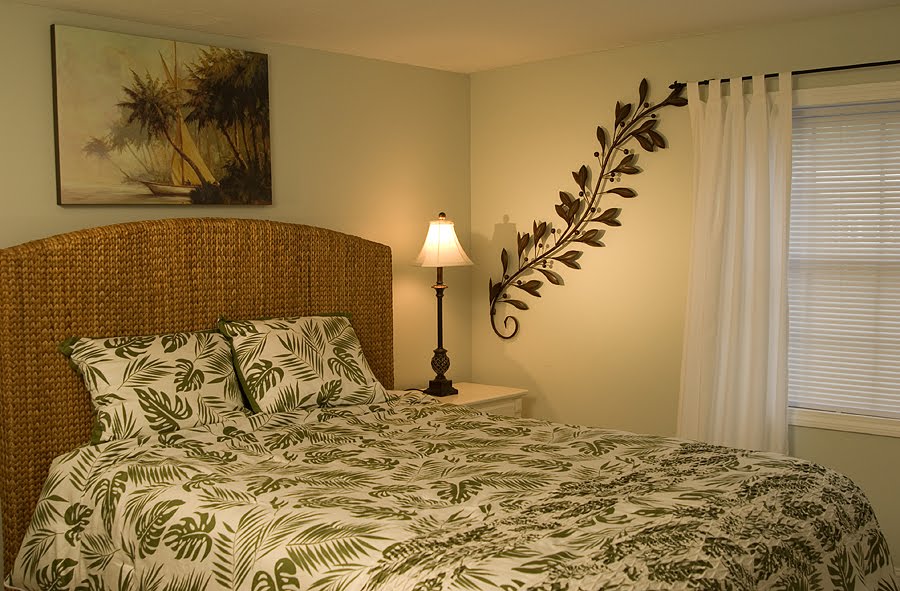 What do you see in this photo and how do you see it? If you said "a bed" and "with my eyes", then let's delve a little deeper.

What shapes do you see? What colors? What do you think was my intended "subject" or focus of attention in the picture? If you close your eyes for a second then open them again, how do your eyes flow through the photo? From left to right, right to left, in from one of the corners? If so, which one?

I'm slowly discovering that when looking at a photo (you really like), all of these questions should come to mind because they likely occurred to the photographer and he/she purposefully chose to include/exclude certain items, chose the colors to include, chose the tones of what was bright and what was darker, chose where the light was coming from, what color the light was, how hard/soft the light was, where and how the lines, shapes, and textures within the photo appear, chose the perspective (i.e. where the camera is shooting from), etc. He/she made those conscious choices in an attempt to elicit a certain feeling from you, the viewer. Below were my intentions for this one, but I'd love to know what, if any of them, you picked up on and, more importantly, which appealed to you.

I really liked that big metal flowery vine thing (its technical name, obviously) on the wall and chose that as my center of attention, which is why it is positioned on the right 3rd of the frame, just about where your right eye would look if aiming straight ahead. It is also why that is the brightest part of the photo. To make it look natural I used a flash, colored to match the lamp light and with a homemade "grid spot", (link, since Chad wondered why I was stealing the black straw out of his drink at Bamboo restaurant) to light it up but have the bright spot gradually and evenly falloff (get darker as you move outward) the way the lamp's light does. This flash plays double-duty in that it also rakes across the wicker headboard and brings out its texture in a subtle but intentional way. The overall color palette of the room I kept rather warm, as if that little-lamp-that-could is lighting the whole room but in reality, that lamp is very dim (it can't even erase it's own shadow on the wall created by the flash lighting the vine). The rest of the room is lit with another flash just to camera left, fired into the ceiling, which was dialed down to keep the room (a bedroom, after all) a little darker/moodier and to show off the accented vine more. The lines created by the walls meeting the ceiling were intentionally positioned so that they lead your eyes into the frame from the top corners of the picture. The blinds on the window were closed enough to clean up the clutter you'd otherwise see outside, but left open just enough for you to see light coming through and just make out the house across the street.

This shot was part of a series I did to show off a rental house my brother- and sister-in-law own on Cape Cod. You can see the rest of the shots below. 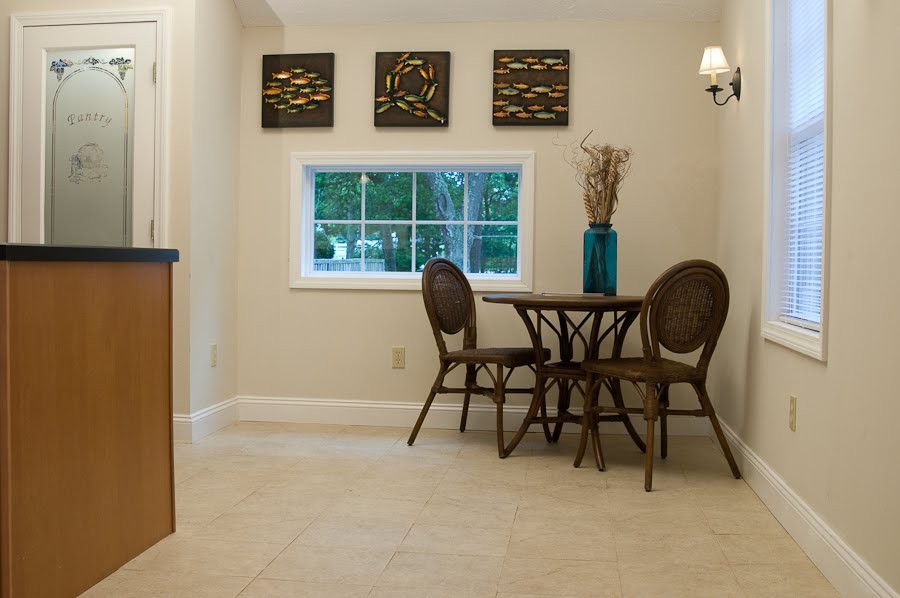 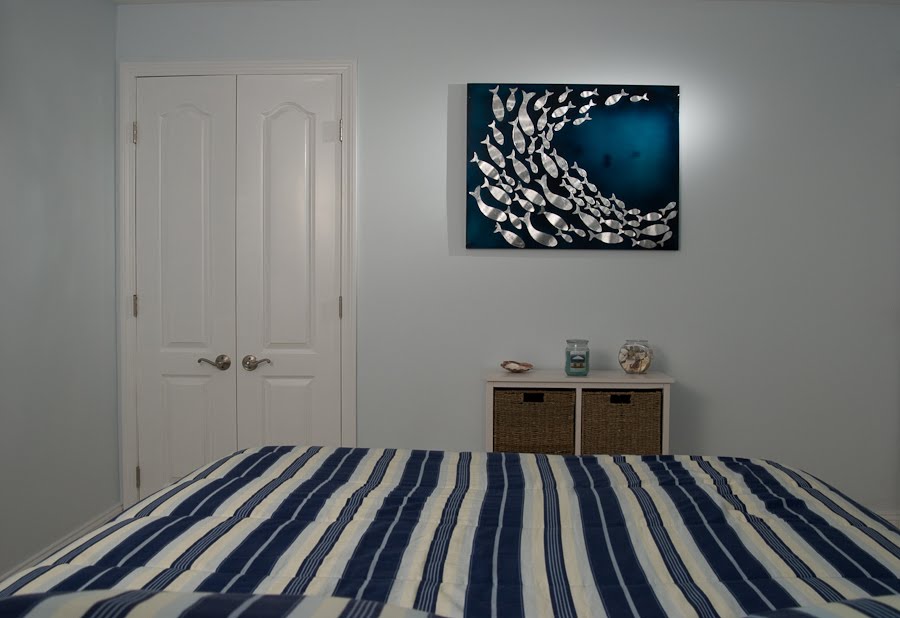 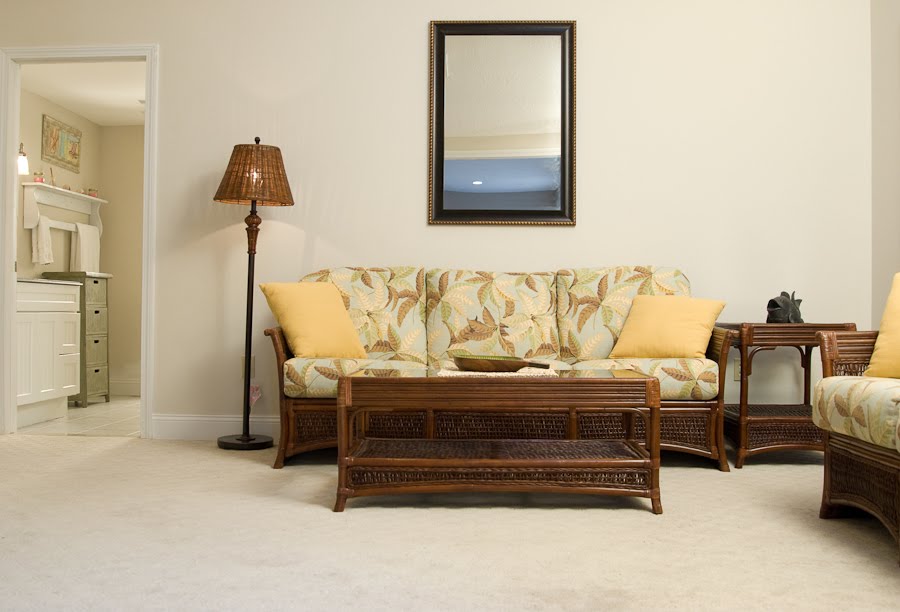 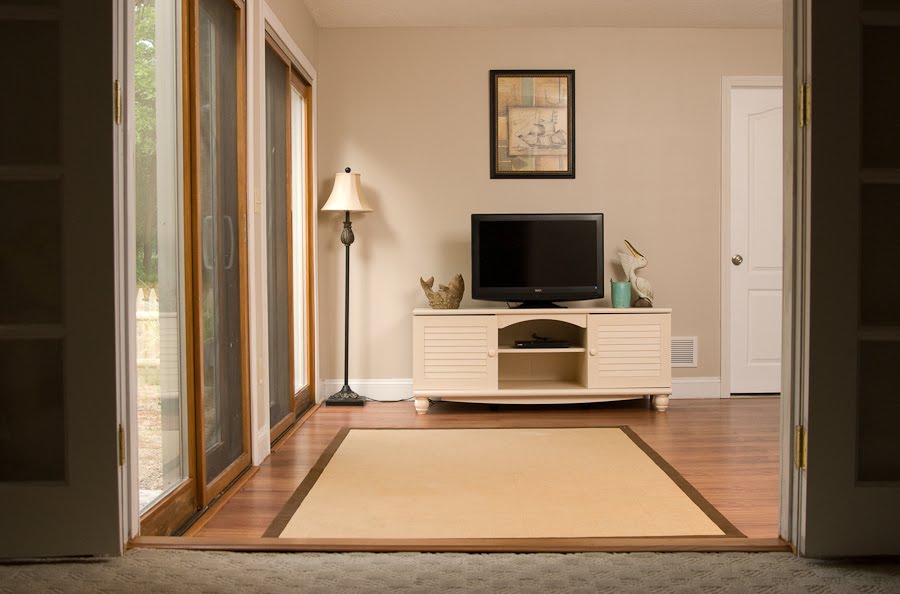 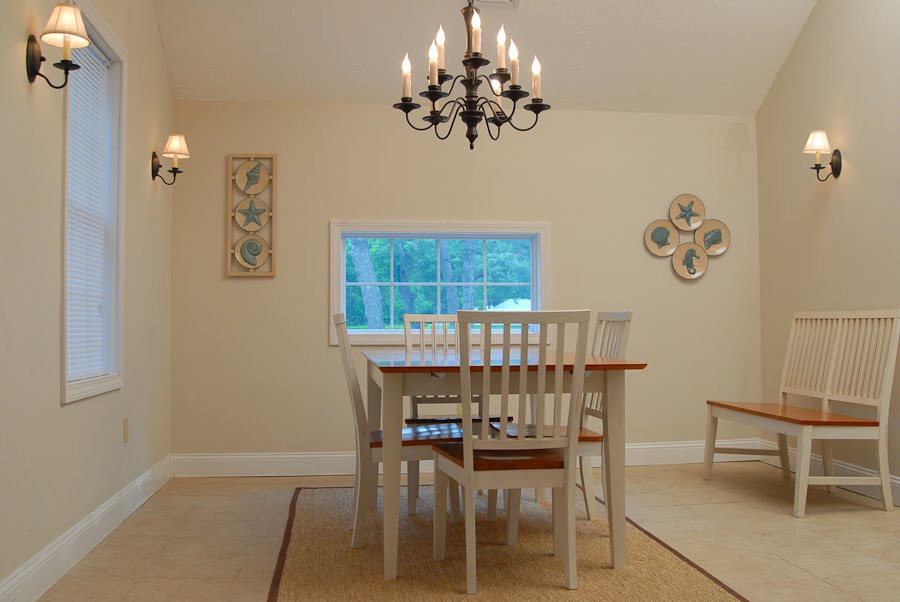 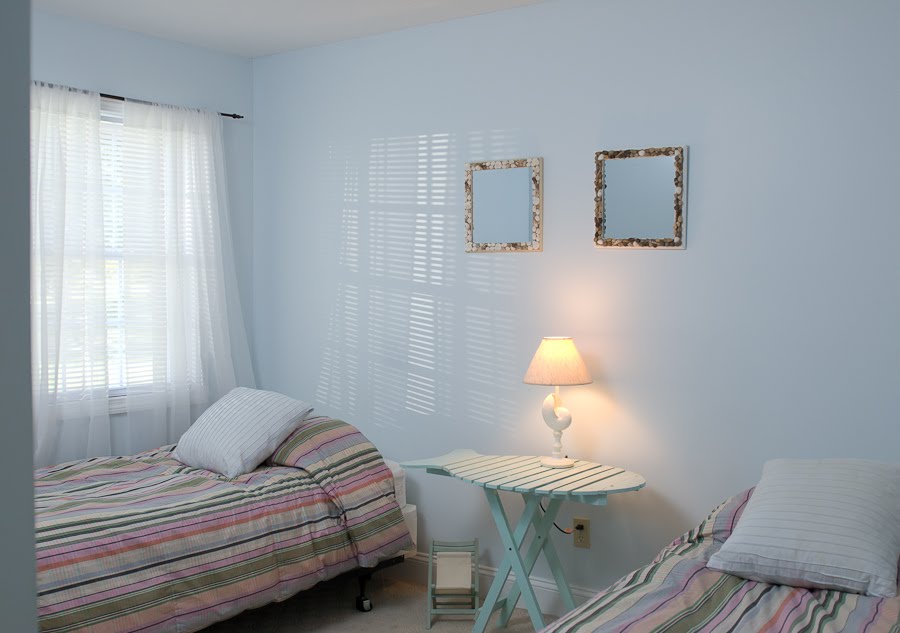 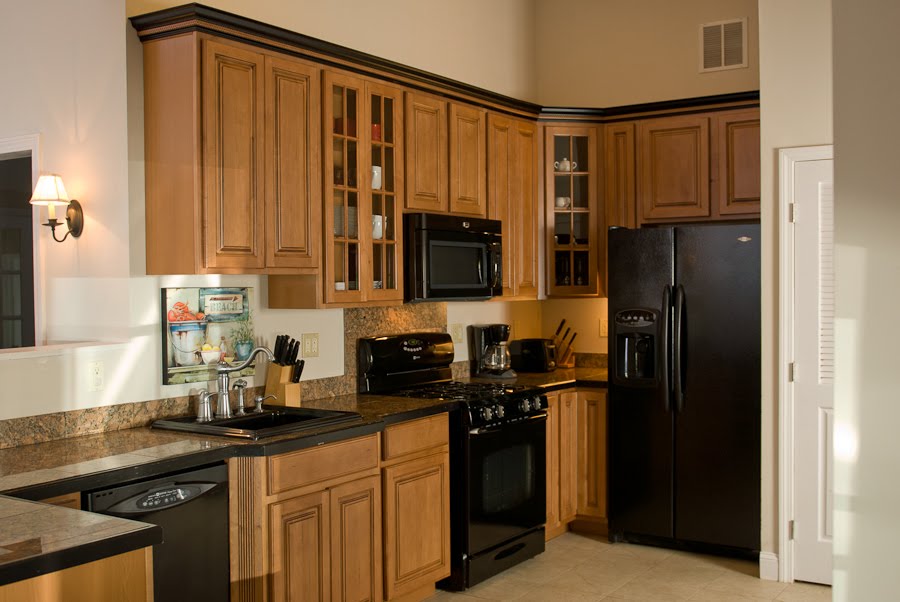 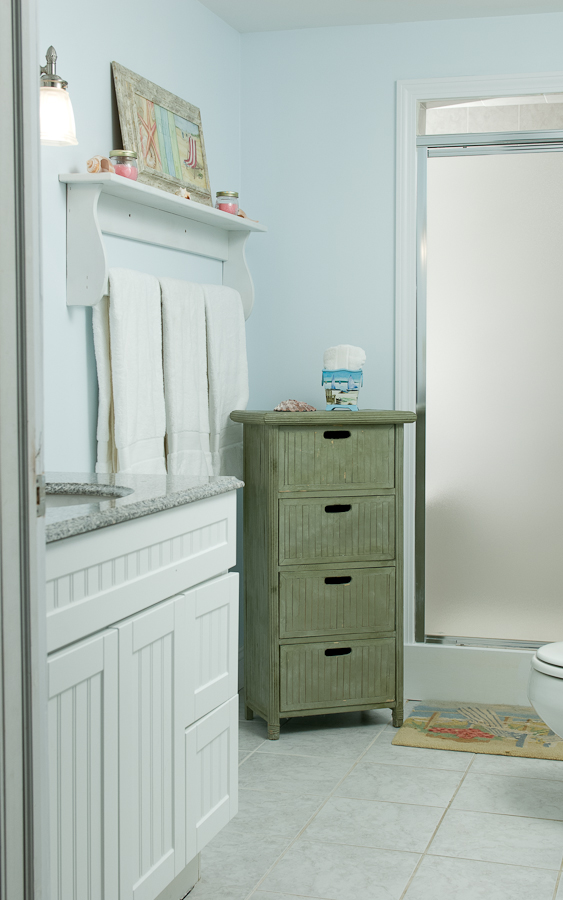 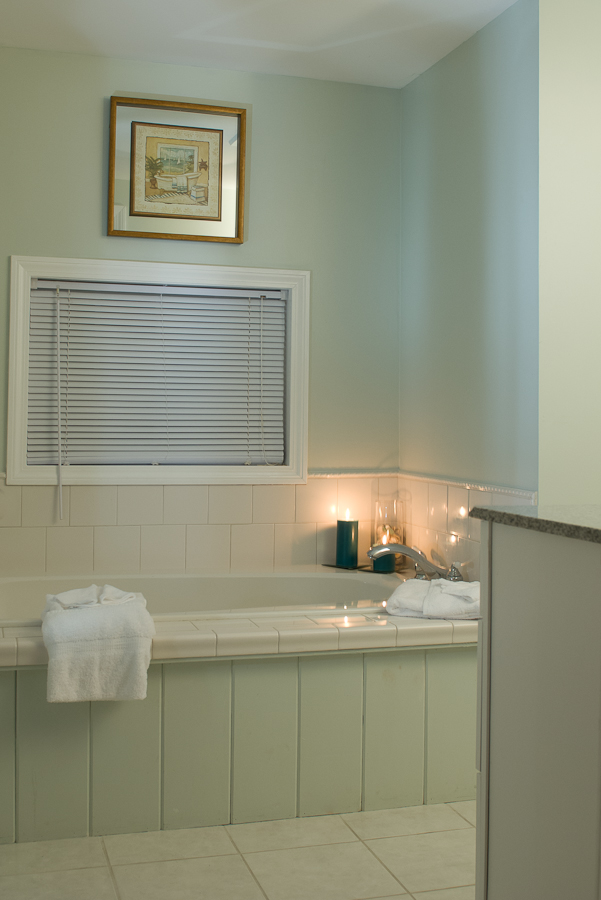