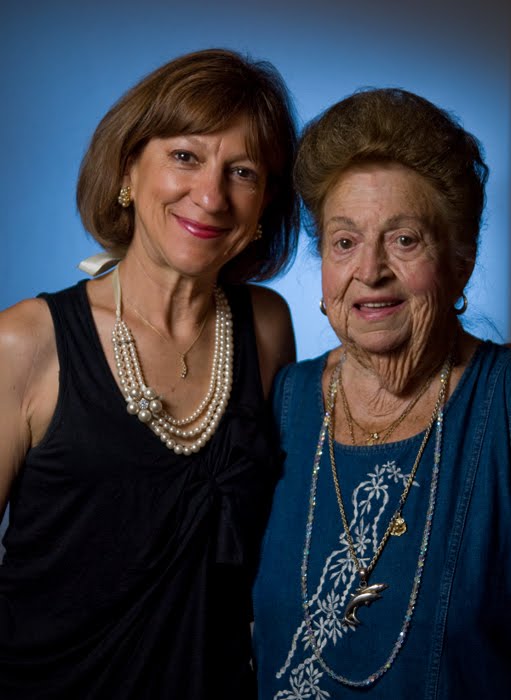 I had the chance to setup for this shot in my mind for nearly three months, and in reality, for over an hour.


The idea I had was to set up "shop" in the corner of a huge hall in which my parent's surprise 40th anniversary party was to be held and photograph all the guests as they arrived ahead of the guests-of-honor. I figured, since everyone would be dressed up a bit, I could jazz it up a little to make it look like a studio-type shot even though it was in just a few feet of space between the dinner tables, dance floor, and the bar.


I lit the back wall while gelling the flash blue and constructed the rest of the shot around a fairly wide aperture (f/3.8) for a shallow depth-of-field to give the background that soft blue velvety look, but the biggest challenge was the available clean wall space that I could find. Namely, there wasn't much where I wanted to be - near the door so I could grab folks just as they walked in, before I lost track of them. I had to find a balance between moving the people (and the flash lighting them) far enough away from the back wall to separate their light (and their shadow from it) from the blue background wall/light but close enough to the wall that the nearby tables, wall fixtures, and bar didn't show up in the frame. It worked in some cases, where one or two people were shot together, but bigger groups were a bit of a problem.


This shot, of my Aunt Nancy and her mother (my grandmother), is my favorite. Everything came together for this one, and it didn't hurt that "Nana" was wearing blue too. Then again I should have guessed that, with it being her favorite color and all...


The kicker? Bartender was a photog too. We talked shop for 15 minutes, then he thanked me for the conversation with a complimentary Guinness.