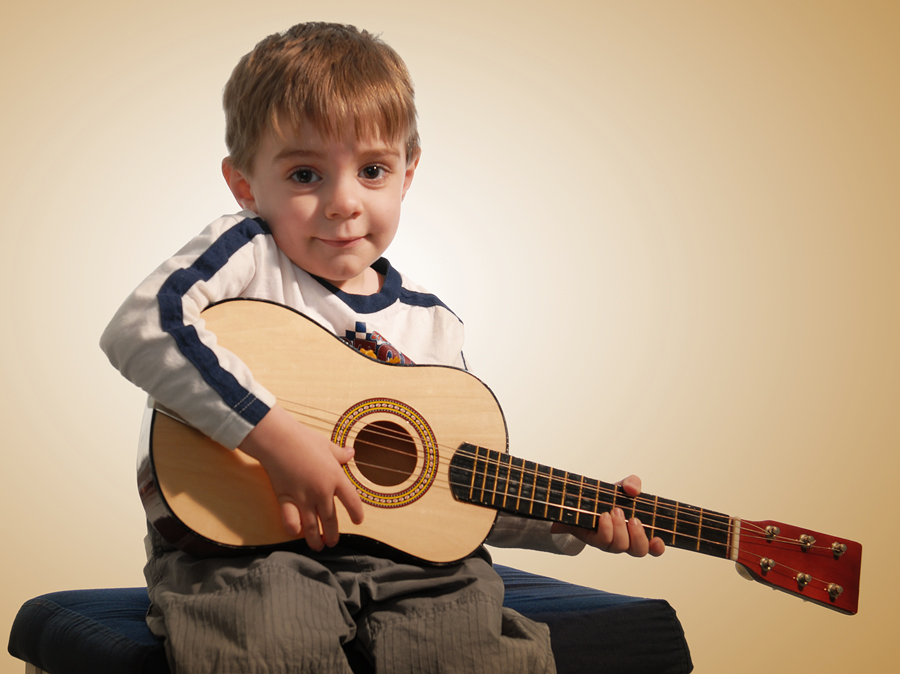 Sometimes you get "close-but-no-cigar" which is a good reminder that to get good (ok, even just better) at anything, you need more practice. For me, it often seems like even though I try to get most of the technicals out of the way before my talent steps in front of the camera, it takes me too long to get the lights and camera settings tweaked the way I want them, so that by the time I do, as was the case here, he had proclaimed "I'm all done!"

There are things I like about this shot: his expression, the "attitude" of the guitar tipping down with the shrugged shoulder, and the legibility of the details in the shadow side of his face... in fact, this was my favorite. But I missed on so many other variables...

This was taken while still tweaking the lighting so I didn't get the coverage on the camera left side of his face, leaving it too dark especially around the eye and the white backdrop was overexposed to the point that it was bleeding into the foreground, washing him out. The focus was apparently not cooperating entirely. I forgot to switch out of low-quality (basic JPG) mode so the image quality is basically at the worst level it can be with this camera (someday I swear I will learn to leave that setting alone and not worry about filling up the memory card with test shots).

I was feeling a little disappointed with the outcome of this quick session and not feeling the bright white background as it was, hence the gradient background with the color pulled from the guitar body which was put in afterward in Photoshop (following this nice video tutorial).

But it is all about having fun while doing something I love. More practice... also means more fun too! Tomorrow is another day.