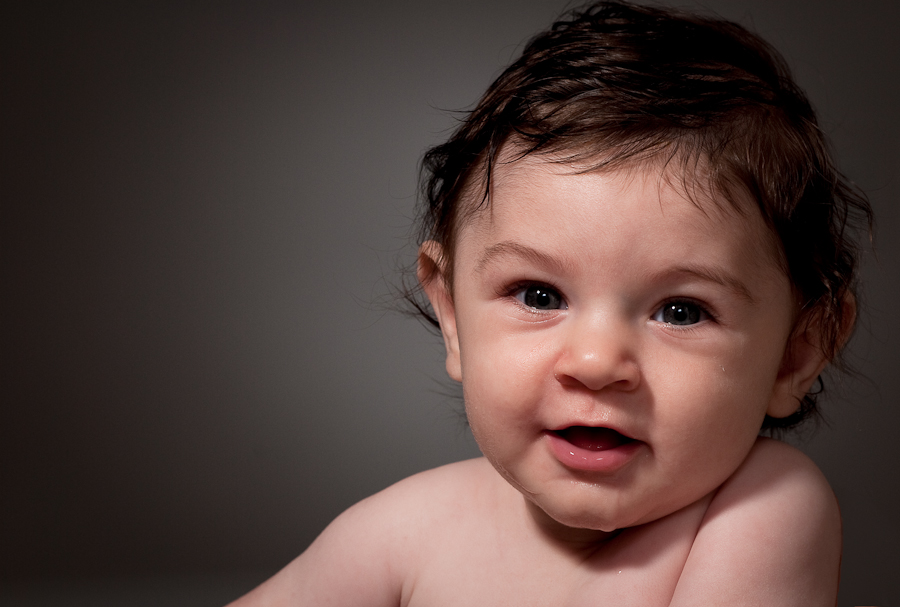 Recently I was talking to a friend who is also into photography but who shall remain nameless (Hi Kevin, ooops) and he said something that I also believed for a long time: Flash-lit photos look "harsh." Through the powers of the internets, I am slowly learning that by understanding why this is only sometimes true, I can control not only whether a subject is lit harshly or not, but in fact, control the exact amount of harshness to my liking.

The main reason Kevin and I thought flash = harsh is because when used on top of the camera and blasted right into someone's face from the relatively close range that most cameras are at when shooting a person, it is going to look harsh, no doubt! But I'd venture to guess that not all but most of the photos of people that you are drawn to are actually flash- (or studio strobe) lit. Check the eyes of the subject for the tell-tale catchlights [reflections of the flash(es)] in their eyes as a hint.

While several things control the "harshness" of the lighting, the most substantial one is how "dark" the shadows are relative to the rest of the subject. This can be controlled directly and in several different ways by what photographers call "fill light" (as in, it "fills" in the shadows a little).

Fill can come from the reflection of the main ("key") light off of something back towards the shadowy side of the subject, as was done in this shot using a white posterboard. Fill can come from the ambient (non-flash lighting, like the sun, street lights, indoor lamps, TV screens, etc) which is controlled by dialing up/down the shutter speed to bring less/more of it into the shot as was done here (downside though: everything lit by ambient light in the photo, usually including the background, will change together). Thirdly, as in the photo above (or this one too), fill can be created using another flash powered way down to act as a "floor" or to limit the darkest part of the shadows (in this case, the camera right side of his face) to exactly the amount desired.

Once I started to learn this stuff, the creative power was all in my hands. That, to me, is what makes photography so awesome.

I've received requests from several different people for an up-to-date photo of this guy, so for those folks, here you are: come get your fill.