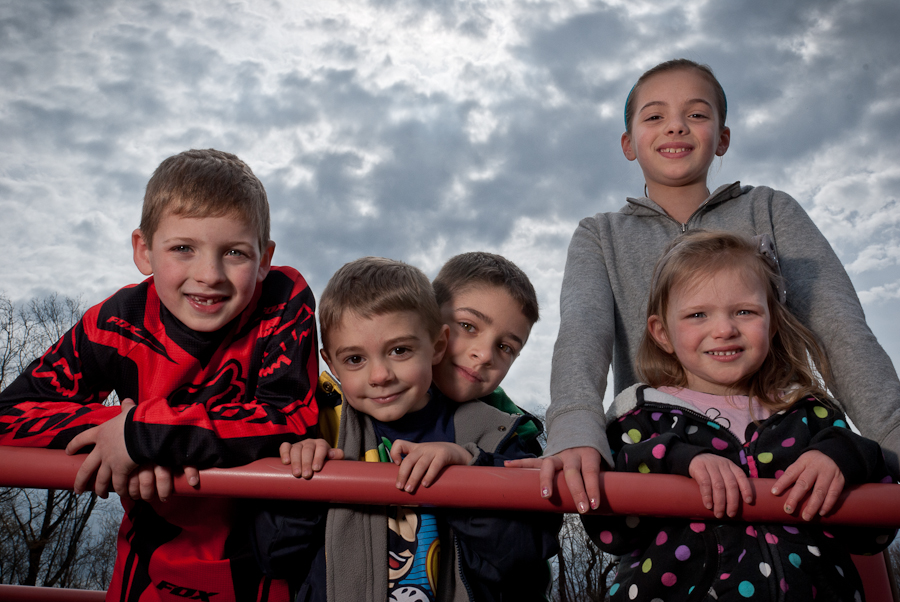 On my photographic learning train, one stop that I had to make several times to understand was why in the world anyone would use a flash when photographing something outside during the day. I mean, it certainly is bright enough without it, right?

The reasoning makes even less sense than the question: photographers use a flash outside during the day because it is too bright out.

One of the keys to getting photos that look they way I like them is to be able to control the exposure (brightness) of the subject independently from that of the surroundings. The difference in exposure of the subject & environment is totally up to the photographer, but learning to be able to alter either one is where the fun begins. If I photograph someone in broad daylight, they and their setting are lit by the same light source (the sun) to the same level - so they don't stand out and the photo is usually flat and boring (that's putting it nicely). But, now I can control that...

On a bright but overcast day this weekend, I took the boys to a local playground so they could burn off some steam and we ran into some family friends there. I really liked the look of the crazy clouds overhead but to include them in a photo, I'd be pointing my camera almost right into the sun.

Without a flash, I'd have to compromise: expose for their faces and the sky would turn into a big white empty "blown-out" portion of the frame (because it is so much brighter than them) or expose for the sky to show off the clouds and bye-bye go their faces into dark shadowy black holes.

But with a flash, I can compress the range of tones in the photo to be able to see both the detail in the sky and their faces: just expose for the clouds (or underexpose a stop or so for added drama like I did here), then crank up the flash to be bright enough to light their faces to that exposure level.

I had a blast at the playground, but got a little dirty in the process. Oh, and the kids probably had fun too.