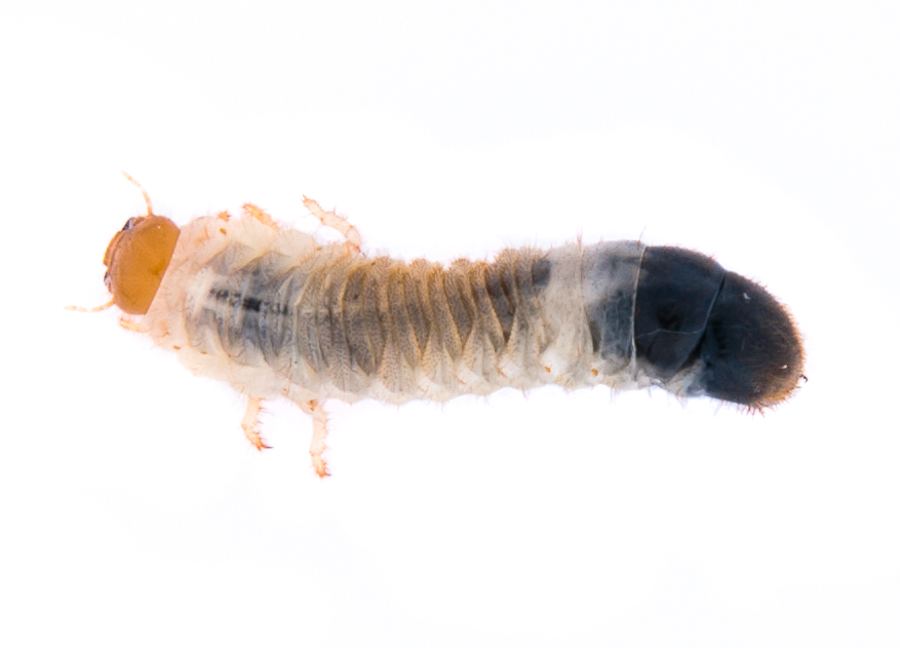 While studying up on the pros & cons of organic lawn care, I came across something that I thought was really cool: a cheap, safe, natural, long-lasting way to keep grubs, the larvae of the Japanese beetle that like to eat the roots of my grass, under control. But the general public doesn't seem to know about it.

Why not? Probably because as a product, it was out-marketed by other products which will make their creators a lot more money, and so they are willing to put more into getting the word out. Sometimes the better product just gets out-marketed, like the classic case of VHS over Betamax, and we're stuck with something inferior but more profitable to those involved.

I wanted to make a photo to grab the viewer's attention and use it to try to shed some light on the better product, known as Milky Spore. In a nut shell, chemicals used to prevent grub-damage in your lawn (like Scotts' GrubEx) kill the grubs directly, so they must be applied a) at the right time of year and b) every year - this is obviously expensive for us, the customers but also needlessly pollutes the ground and water we drink year-after-year.

Milky spore on the other hand is a bacterium which causes a grub-killing disease in the little pests without harming the "good guys" living in your soil (or playing in your yard for that matter). By multiplying inside their soon-to-be-deadski grub host, the bacteria accumulate and further add to the grub-unfriendly environment in your lawn. So after a couple years, you don't need to add any more to your lawn - it will sustain itself for 10-20 years (as long as you don't use insecticidal chemicals which would wipe out the bacteria)!

Since this is a good local community issue to bring into the forefront, here is how I used it on my local photo-blog.