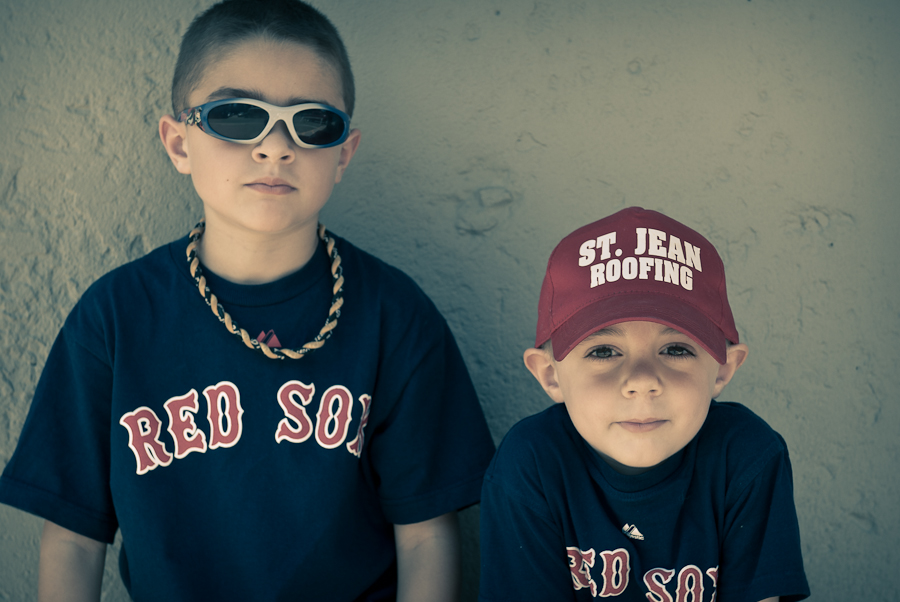 I quickly realized that learning about flash-lighting would have a dramatic effect on my photographs. What I didn't realize however, was how much it would influence the way I "see" pictures and how I could handle the ambient light wherever I happened to be taking a photo, if I just concentrated on it.

The concepts of a key (main) light, fill (shadow) light, light-direction, light-quality, etc. are fairly easy to learn with flashes since you are turning them on, aiming them, and powering them up/down. As a learning tool, it is great to see what each light is doing on it's own and in combination.

But once I got the gist, I started to notice how simple things like normal sunlight can behave as key, fill, rim, separation, etc. lights just by where it is coming from and how it is getting there. Quite a revelation for me!

This shot for instance, which was taken while waiting for the guest of honor to arrive for his surprise birthday baseball game & dinner. I wanted to take a simple shot of these two but it was a bright, sunny afternoon. Moving them under an overhang up against the wall of this building, I got rid of the harsh direct sunlight on them. Then I began to see something cool.

A good bit of sunlight was hitting the parking lot and bouncing up at them from camera left. This is the "key" light, softly (parking lot is a BIG light source) highlighting their faces on the camera left side and because it is bouncing up off the pavement, it sneaks up under the brim of his hat. (Going to remember that next time I have to flash-light someone wearing a hat!) The diffused daylight lights up the rest of the frame to a lesser extent, acting as the "fill" light.

Most of this just happened without much thought (happy accident!) other than getting out of the direct sun, but seeing it in the photo will help me recognize the situation next time I'm photographing outside without a flash and move the subject around accordingly.

Something about their looks made me think of the movie The Matrix, so I tried a little split-toning on the computer (in Lightroom 3) - highlights are warmed up (amber colored) while shadows are cooled down (blue-ish green) then the whole thing desaturated a touch. I'm sure the look is not to everyone's liking, but I kinda like the look: their "look" and the look of the photo!