A&D port in a storm 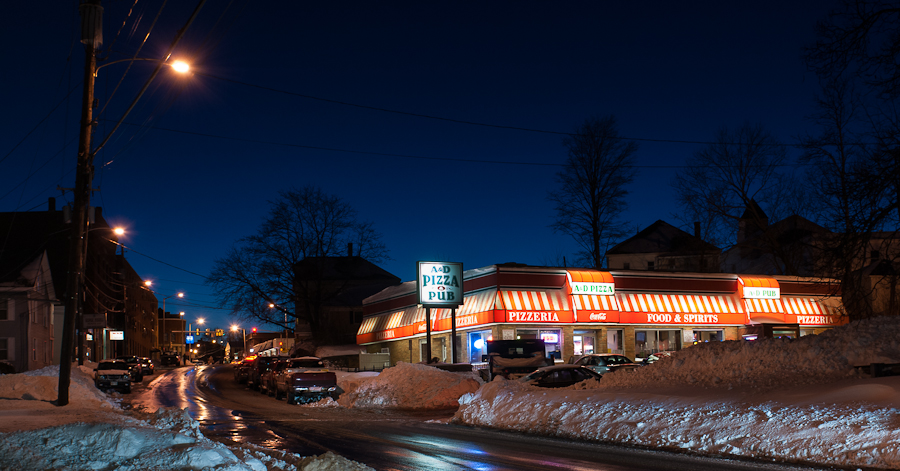 After cleaning up from the big blizzard of 2013, we realized that we forgot about one minor thing: dinner. Surprisingly, the local (read: community staple) pizza joint was actually open (and busy enough that it took 4 phone calls for me to get through!).

Since the camera was out from some wintery, snowy kiddo pics anyway, I grabbed it and dusted off the tripod on my way out the door. As timing would have it, I would just be able to catch the end of "blue hour" if I hurried.

I framed this shot up from down the street, facing west (and straight into the sunset afterglow in the sky) and then bribed some guy to stop his car in the middle of the road with the headlights nicely illuminating the snow on the right side of the frame... or I just got lucky with the timing. You'll never know!