One light at the beach 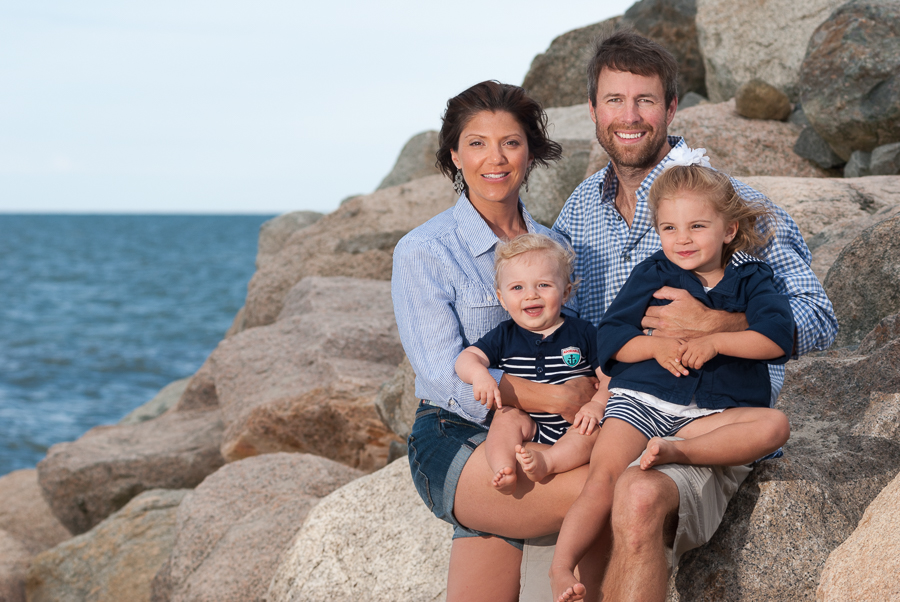 My favorite photos to make have uses for many different people and are ones where I learn something in the process of making them. Seeing the billboard-sized canvas print of this one of my sister's family at the beach last summer reminded me that it fits that bill nicely.

I've come to like using lighting to help draw attention to the subject(s) in some way, but depending on the level of natural (ambient) light present in a given scene & time-of-day, the reason (and options) for doing so tend to vary. In this situation, it was fairly bright out so the goal of adding light was not to brighten the scene - it was to alter the relative brightness of the subjects vs. the environment.

By comparison, looking at an unlit photo snapped while we were getting ready (below), the relative exposure (brightness) of the subject vs. the background is essentially the same (since they are both lit by the same overcast sky), so cute as she may be, she doesn't really stand out in the photo. 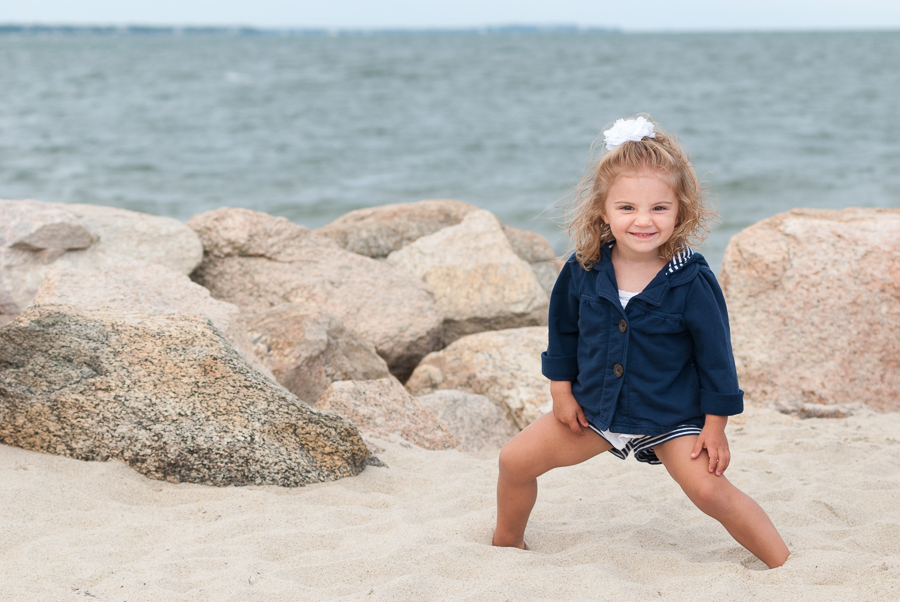 In the top photo, I had just enough flash power from my little battery-powered Speedlight to underexpose the daylight by 1 stop or so, then light them back up with the flash so they pop a little in the frame. It is subtle, but you can see from the shadow just behind the littlest guy's head how much darker they would have been without it. The flash also adds that sparkle in their eyes and, thanks to a slightly warm colored gel on the flash, helps them stand out color-wise from the muted palette of the scene.

I continue to be amazed at what a little light and some basic understanding can do to a photo!